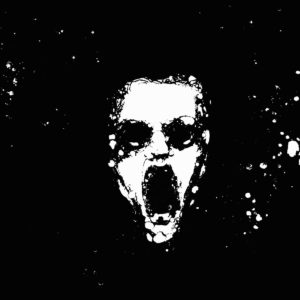 Upon listening to Bradford, UK band They Called Him Zone, we get something unique from the electronic-rock trio featuring Mik Davis on vocals, Steve Maloney on vocals, guitar, and programming, and John Bradford on keys and percussion. Forming in 2016, the band released their debut EP Miami that September. On their mini-album Crow Swan Wolf, we are greeted with a barrage of different sounds from intricate guitar parts to electronic inspired synths that round out the duo’s unique style. Opening with “Just Fall” electronic drums take over the track as if the band is coming straight out of the 80’s, and while influences from this era are ever present, they also put a modern spin on the record, by writing songs that can fit right alongside the music of today.

The techno influenced “Oh Well Nevermind” is perhaps the most radio friendly track on the record. With Davis’ low brooding and smoky sounding voice, the tune has a haunting vibe that listeners won’t be able to shake. And as Maloney sets out to play wailing guitar licks throughout the track, this is the only thing that takes away from the song, as he overpowers the number’s softer sound.

Numbers such as “Only You” is another danceable track, which pulls you in with a pulsing beat and minimal guitar work. On this tune, the band makes full use of their instruments, making it a song that both EDM and goth fans will enjoy. Songs such as “Wish You Were Here,” a track that brings the together all the groups instruments together. Intertwining melodies together that demonstrates the bands musicality, “Wish You…” is a work of musical creativity that is immensely enjoyable, and while each song is an intricate maze of sounds, the path is wide open for the band to grow and evolve their sound to play for as many audiences as possible.

Listen to “Oh Well Nevermind” below.