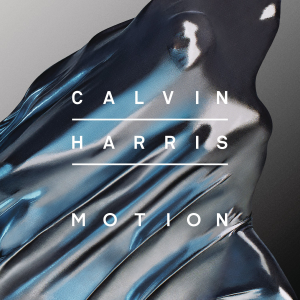 In 2012, Scottish DJ Calvin Harris scored a huge hit with the song “Feel So Close” off of his album 18 Months. Ridiculously catchy, the track was not only memorable for its musical composition, but also for Harris’s talent for singing. While Calvin does not have a voice to rave about, his calming vocal style really carried the song well, and two years later, Harris has tried to write not only one hit, but a hit record. While his ambitions are notable, his new album Motion doesn’t stand well on its own. Growing up in Dumfries, Scotland, Harris initially aspired to be a football player, but became attracted to electronic music in his teens and began recording songs in his bedroom in 1999. Calvin released his first album in 2007 titled I Created Disco, followed by Ready for the Weekend (2009), and 18 Months in 2012.

Motion kicks off with “Faith” featuring a dark piano line and Calvin’s slightly raspy voice. Once the electronic buttons are pushed and the thumping electronic beat kicks in, we hear why Harris’s music has become so popular. By adding his own vocals to a very computerized music genre, he brings something different to the mechanical world of EDM (electronic dance music.) The track as an introduction to Motion isn’t horrible, as hardcore EDM fans will love the catchy synth line that makes up the songs hook, but for the rest of us, it doesn’t draw us in as Calvin probably intended to do, and we end up feeling underwhelmed. While it has its moments of great ideas, the song doesn’t have the same immediate likability of songs such as “Feel So Close” or “We Found Love”, both on 18 Months.

While Calvin brings his own voice to his songs, he has enlisted a lot of help from other popular singers and musicians on Motion, as he has done in the past. On “Outside” which features singer Ellie Goulding, we hear a bright and energetic chorus, with Goulding taking over the song, as if Harris really played no role in performing on the track. This is the only bad thing about “Outside”, as we feel like we are listening to an Ellie Goulding tune, and not a song that she only makes a guest appearance on. “Pray To God” which features a guest appearance by the Los Angeles sibling band Haim, is another pop anthem that features the sisters for the majority of the tune. While their harmonies and vocal talents are obvious, at this point on Motion, we get the sense that Calvin doesn’t feel like he has the skills to carry an entire record, and he tries to cover up this feeling by featuring other artists, which does not make for a strong album, as he seems to disappear too often.

Motion ends with “Dollar Signs” along with the album’s final guest appearance, singer Tinashe. The track has an interesting feel to it, with the percussion parts making the song an interesting one, as it experiments with different drum sounds to make the tune really stand out among the album’s track list. Tinashe’s voice is covered up with auto tune, though her breathy vocals add a softer edge to the track’s striking drum parts.

Overall, Harris’s other releases had more passion and care put into them, while Motion has more of a lazy attitude throughout the record. While Harris certainly has musical ability, his new record isn’t anything to write home about, and we hope that whatever he comes out with next will be steps ahead of Motion creatively.