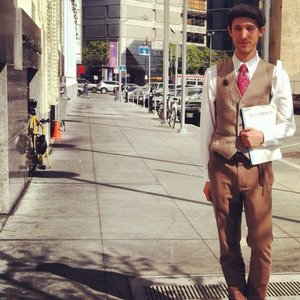 This album stream is a special one for me. My friend Adam Young has released his first solo album Domenico Galli Trattenimento Musicale Sopra II Violoncello, as a solo violinist at The Julliard School. I met Adam on the first day of my senior year in high school during English class. He spent the majority of the week commuting an hour from San Francisco to San Jose where we went to school. I saw him play plenty of times and he would tell me about his side gig busking in the BART stations in San Francisco. I knew he would always end up somewhere big. Anyway, Adam has always been ridiculously talented. Take a listen to his record below.