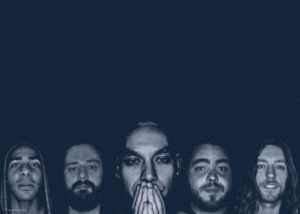 Monuments has released the lyric video for “Mirror Image” off of their upcoming album Phronesis, due out on October 5th. They will also be heading out on tour with Vola, Atlas, and Kadinja on October 4th in Guildford, England at The Boilroom and ending on November 11th in Bristol, England at the MacMillan Fest.