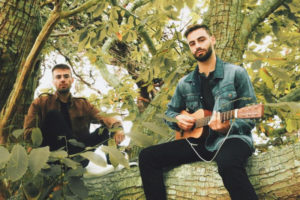 Southern California pop band Slenderbodies has released their new song “The One,” which you can listen to below. The band are currently on tour in Europe where they are performing alongside Liza Ann and Milky Chance. The duo is also known for covering the MGMT tune “Electric Feel” and covering Niall Horan’s “On The Loose.” All of the future tour dates can be below. They will be performing tonight in Stockholm, Sweden.