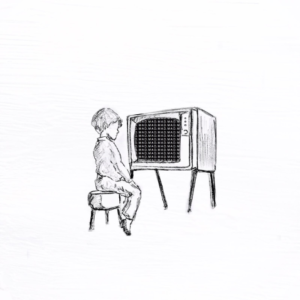 On Mad, the latest EP from London four-piece The King’s Parade, the group has released a four-track EP that fills the soul with endless color and beautifully crafted songs. With influences ranging from Leon Bridges, Alabama Shakes, and The Black Keys, Mad will become an EP that you’ll not want to stop spinning. Opening with the title track, the aspect that perhaps stands out the most is how great the production is and how immediately vocalist Olly Corpe sucks you in with his soulful voice. Formed in 2015 aboard a Hawaiian cruiser and releasing their debut EP Vagabond that same year, the group has gone on to have notable mentions on plenty of music websites including Clash and Earmilk.

While the entire EP is a soothing ride across several musical genres, it is the track “20” that is the most memorable. Taking the listener on a ride through the nostalgic carefree days of ending your teenage years and entering your 20’s, the band has written a song to slowly sway too, while getting lost in the music, something that happens throughout the entirety of Mad, with everything sounding fluid, graceful, and ultimately magnetic. As The King’s Parade slowly make their ascent as the next big band, listeners won’t be able to help but take them under their wings.

Ending with “Good Excuse,” The King’s Parade the originality to stand out among the slew of talented bands in the crowded London music scene, creating the magic elixir of what makes an artist truly great. Mad is not an EP to miss and if you were to pass it by, chances are you’ll be missing out.