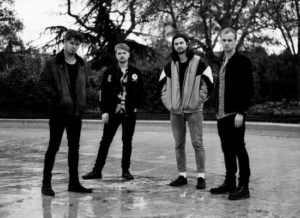 UK band The King’s Parade has dropped their new single “Mad,” which you can check out below. Talking about the inspiration for the song frontman Olly Corpe says, “‘Mad‘ is about the energy felt between two people we tend to call chemistry. It can happen the second you see or meet someone, or it can happen over time but it’s just a feeling you have within yourself. It can’t be quantified or justified, it’s just a state of being. Sometimes it feels so mysterious that you start to question it’s existence at all. ‘Mad’ is about that moment.”

The band will be taking off on a short European tour beginning in early April. You can check out the dates below.