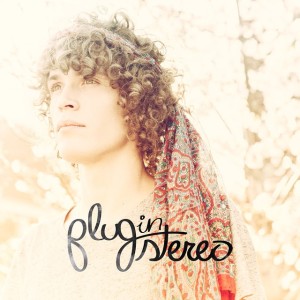 When fifteen year old Trevor Dahl began his career as Plug In Stereo in Portland, Oregon in 2008, he had no idea where his music would take him. Six years later, the now twenty-one year old is retiring the Plug In Stereo moniker with his new self titled release, as he wants to get away from the music he wrote during his teen years. From here on out he will be forging a new musical identity for himself. He will begin performing as Trevor Dahl in 2015. His new album Plug In Stereo doesn’t give fans much as far as change, especially due to the fact that Dahl has compiled a record of songs from different points in his short career to mark this final chapter. However, fans can still be excited, since these songs are some of the best tunes Dahl has written so far, regardless of when they were composed.

Plug In Stereo opens with “Better Off Alone”, which begins with Trevor’s trademark cheery guitar lines, and his carefree “whoa ohh’s” that can be heard subtly in the background. His light and airy voice is well suited for these kinds of acoustic tracks since his songs ultimately aren’t concerned with a lot of bells and whistles, and are more focused on the art of songwriting. The opening track is about needing friends by your side, and is instantly relatable while still sounding simple. For a songwriter who claims to write songs almost every day, one of the things that stands out about Trevor is that his songs never feel dry or forced.

“Priceless”, a song about living life to the fullest, is not exactly new, as Dahl released the tune last year as part of an EP called The Acoustic EP, featuring songs that would probably end up on this album, however “Priceless” is one of only two songs that made the cut. While the acoustic version is a beautiful rendition, this new “electric” version shows how far Trevor was willing to take the song. Now that we have a much fuller sounding track, we can appreciate the release of a stripped down version.

“Burn Out” is a catchy track about being in a relationship until the end of time, with Trevor promising that the love he shares with a girl will never burn out. While the song sounds a bit repetitive, his voice more than makes up for what the song lacks. Backed by a drum machine, Trevor plays an acoustic guitar, and his singing sounds so earnest that we can’t help but connect with the song on some level. Though the song is the most repetitive one that we’ve heard so far on Plug In Stereo, his soothing vocal tone will win almost anyone over.

The next track “Whatcha Do to Me” will bring fans back to “A Little Peace” which was featured on the EP of the same name that was released last year. The song which introduces electric guitar, a rarity on a Plug In Stereo tune, has a rock and roll vibe though it is on the lighter side. On “Whatcha Do To Me”, an electric guitar is introduced once again, as Trevor plays a reggae style riff throughout the chorus, bringing a slightly different direction to his music, though it still fits his overall style.

“Give It Up”, closes Plug In Stereo, and the slow ballad is also a first for Trevor, as well as the song being his longest to date clocking in at almost five minutes. The muffled drums and echoing sound on the vocals makes the song have a haunting feel to it, and Dahl’s voice has a gorgeous quality to it that really makes the tune shine. Even though this is the last Plug In Stereo album, this record provides an exciting window into where Trevor Dahl could go next with songwriting, though let’s hope that he doesn’t completely ditch the acoustic style that he is best at.