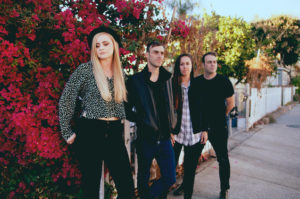 Los Angeles band Sleeplust has released their new song “Unfiltered,” which premiered on Billboard. Talking to the publication about the song guitarist Mike Pepe says, “‘Unfiltered’ centers around our society’s obsession with only showing our best on social media and wanting to feel and see something real from people,” guitarist Mike Pepe tells Billboard. “Show more of what’s really going on,” urges vocalist Amber Ruthe. “Because everyone is way more similar than they think and they aren’t alone. Connect in the flesh and swap battle stories while showcasing your scars.”