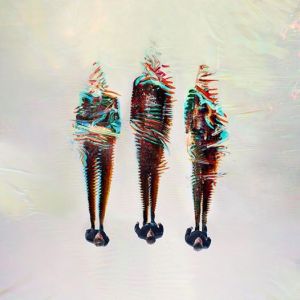 On their latest album III, Take That have changed their sound once again to reflect a new chapter in their career. This time the band not only takes on 1980’s influenced pop music, but III is also their first record together as a trio, as founding member Jason Orange decided to quit the band earlier this year due to wanting a normal life. While the soaring harmonies on past Take That records are absent on III, Gary Barlow, Howard Donald, and Mark Owen sing like they have been performing as a trio for their entire career. The band got their start in 1990 when their former manager Nigel Martin-Smith wanted to form a group similar to American boy band New Kids on the Block. Starting his search in Manchester, England, Martin-Smith assembled Barlow, Owen, Donald, Orange, and on again, off again, member Robbie Williams to form what would become of the UK’s most successful musical acts. With their debut album Take That and Party (1992) making them teen sensations, the band struggled to be taken seriously with their clean-cut image and bubblegum pop songs. While the band would eventually break up in 1996 with the release of their album Nobody Else, being released the year prior, they would end up taking ten years off, and come back with a new sound and style that had them achieving even bigger success than before. With their comeback album Progress having huge sales in 2010, the band has changed their sound to fit the current pop stylings, while also proving that they are more than just a nostalgia act.

III opens with “These Days”, the album’s first single, and was the public’s first taste of the group as a trio. Without Jason’s higher vocal range, it was unknown what the band would sound like, but their fan base would be pleasantly surprised as the single is an extremely catchy tune that is likeable from the start. While diehard fans will be able to tell that something is missing from the vocal mix, for everyone else, they won’t be able to tell the difference. The album’s second track “Let In The Sun” has front man Gary Barlow taking the lead with his crisp and clean vocals, and while Howard and Mark have always seemed to take the title of backing vocalists at different points throughout their career, on III they come full circle as all three members rely on each other’s vocals to make sure things flow well. “If You Want It” is a catchy pop song that still has some remnants of Progress with its electronic inspired sound, though the darker and more robotic vocals are absent, which makes for a more enjoyable listen, while also feeling less mechanical. “I Like It” sounds like the band wants to travel back to the 1980’s, or at least to the very early 90’s, so they can relive their first few years of overwhelming success, though without sounding to nostalgic, the track is overwhelming good, and it is far from the has-been tune it hints at wanting to be.

Lastly, “Do It All For Love” has Mark Owen taking over lead vocals, and the Bee Gee’s style vocal has the Take That members going into slightly different territory while still having a pop vibe. While Take That fans will always love Jason Orange, III proves that the group is just fine without him, and if he does decide to come back and pull a Robbie Williams on the band, by becoming a fair weathered member, the band has proven with this new release that they can get along fine without him.

III is out now. If you’d like to purchase III, you can head over to iTunes.