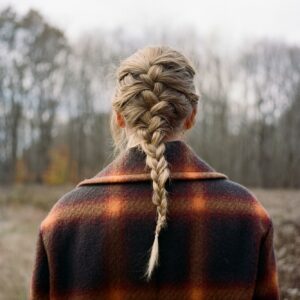 Released just five months ago, Taylor Swift’s eighth album Folklore came as a welcome surprise. Dropped in the middle of the biggest world health crises’ in recent memory, the record was different, reflective, and truly a body of work that you could get lost in. Written from mostly a fictional angle, Folklore was truly Swift doing what she does best – telling stories, though this time around they were not necessarily about her. With tracks such as “The Last Great American Dynasty” and The 1,” Folklore was an exciting look at how Swift has once again bent the rules in reinventing herself if one were to look at her full catalogue of work, going from a country artist to full on pop, with 2008’s self-titled to 2018’s Reputation.

Released just in time for the holidays, Evermore, what Swift calls the sister record to Folklore, is not nearly as exciting as its predecessor, however her creativity is coming out in full force, as she keeps with the same folk inspired sound, along with doing some beautiful collaborations with artists such as Haim, The National, and Bon Ivor. There is also another writer named in the credits, William Bowery, which fans have discovered is Swift’s longtime boyfriend Joe Alwyn on “Champagne Problems” among others. Regardless of whether she writes on her own or with others, Swift is a brilliant writer and both Folklore and Evermore have made this apparent.

Opening with “Willow,” the track’s acoustic leanings shows just how talented Swift is as a writer and performer. While she has plenty of hit singles that make her recognizable, it is these quiet songs that make her standout vocally. Tracks such as “Dorothea,” is a beautiful piano ballad, rumored to be named after vocalist Zayn Malik’s baby daughter who was born in August, according to fans who dissect every hint and clue in Swift’s music.

“Coney Island” is another hidden gem on Evermore, as Swift has teamed up with rock band The National and as the band’s front man Matt Berninger takes center stage throughout the track, we love seeing Swift branch out of her comfort zone and collaborate with artists that feel unusual for her style of music. Just like all the artist singing with Swift before him, Berninger takes the collaboration in stride and makes “Cony Island” a tune you should not skip over.

Evermore’s 11th track “Cowboy Like Me” is perhaps the most country influenced song on the record, while still heavy on the folk influence. Vocally, Swift kills it and these softer tracks make her into a brilliant vocalist, with a tone that was not obvious on previous records. Sounding delicate and at ease, Swift no longer has that somewhat strained and perhaps teenage feel with her vocals, barring her from being discovered by those who would not normally listen to Swift.

Perhaps the most personal track on Evermore, is “Marjorie,” which focuses on Swift’s grandmother who died in 2003, who also happens to have been an opera singer. Sampling her vocals about halfway through the song, this adds a nice and more personal touch then we have heard from Swift previously. Buried deep at the bottom of the album’s track list, while it most likely will not become single, it will be a song heavily discussed among fans for its personal nature and great storytelling. While the stories on Evermore focus on mostly the purely fictional, these real-life stories told through song are something we have come to love from Swift, as she began this streak on Folklore.

Ending with the title track featuring Bon Ivor, Swift has crafted another excellent album, though it does not quite have that wow feeling we experienced with Folklore. Maintaining a similar sound and feel, if this direction continues to be where Swift is heading, we will continue to enjoy the ride.

Watch the lyric video for “Marjorie” below.