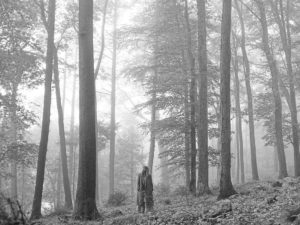 On Taylor Swift’s self-titled debut released in 2006, we saw a fresh new country star that was the girl next door, and with hits such as “Tim McGraw” and “Teardrops On My Guitar” Taylor Swift was always relatable, and if you weren’t a huge fan, you would still be able to pick out a Swift song on the radio and get lost in it as if she was speaking directly to your own experience.

Throughout her career, Swift has dropped some great records, notably Speak Now in 2010 and Red in 2012. Featuring some of her best songs of her career, she spoke to an entire generation of young women who for the first time were navigating the world of boys, dating, and growing up. Later on, she would release a few duds, notably with 2017’s Reputation which saw her switch from pop to electronic music with disastrous results and lagging ticket sales. It also saw her miss out on a Grammy nomination, something Swift had becoming accustomed to in her early years.

While Swift has almost always successfully reinvented herself with every album and has excitedly updated fans about new music, no one has heard anything from Swift since releasing her Netflix documentary Miss Americana in January. Focusing on her rise in the music industry while coming out with her political opinions, the documentary did not offer anything new for Swift diehards, but for everyone else, it offered a window in Swift’s thought process and overall self-esteem. It was clear she wrote great songs and had some serious skills when collaborating, but just how much remained unclear, until now.

Dropping Lover last year, it was your typical Swift release -bright, poppy, sunny, and promoted for months. Now with folklore, the surprise album released on Friday, we see Swift in a totally different light. Written entirely in isolation due to the COVID pandemic, folklore is a dreamy, ethereal, and expansive album that is Swift’s best work to date. Accessible to all, Swift is no longer speaking to just the teen audience, but to everyone willing to listen.

Opening with “The 1,” Swift talks about going into an alternative universe with an ex-boyfriend, prompting fans to discuss the theory on whether Swift has broken up with longtime love Joe Alwyn. Opening with a delicate piano, Swift takes us to another world almost immediately, and while its not the snappy opener as heard on previous LP’s, the point of folklore, is not to jolt listeners to pay attention, it’s to take you away, provide a sense of escapism, and allow fans to explore Swift’s artistry which has never been captured in this way.

Lead single “Cardigan,” also takes us away and in the fantasy inspired music video we see hiding in her piano as a way to transport herself to a magical land throughout the video. Its clear music has become a lifeline for Swift throughout the pandemic, and that fans will relish in her creativity.

Next is “The Last Great American Dynasty,” which tells the story of Rebekah Harkness a philanthropist and patron of the arts from St. Louis who threw lavish parties in the 1950’s in the same mansion that Swift bought in Rhode Island a few years back. Lyrically and musically, Swift has mean storytelling skills and its refreshing to hear how she brings someone from the past to life through a musical lens. Dealing with plenty of criticism throughout her career in the area of men, on tracks such as “Mirrorball” its clear that she wants to let go of this judgment in order to have a successful relationship, and the dreampop inspired sound against Swift’s vocals makes it one of her best songs to date.

On tunes such as “Invisible String,” Swift’s relationship journey is put out on the open, where she alludes to a past relationship with Jonas Brother Joe Jonas who famously broke up with her in a 45 second call. While Swift still feels a tie to previous ex’s, the connection or “invisible string” that binds them to her has led Swift to her current flame Alwyn, who is perhaps her longest relationship that we are aware of, and perhaps the right one for her.

“Betty” is the highlight of folklore, talking about cheating on your high school sweetheart and sitting with your actions, it takes Swift’s storytelling to the next level, backed by folk inspired plucky guitars and an harmonica (a first for Swift.) “Betty” is reflective but very adult in talking about a breakup. While Swift had a common theme of pointing the finger at her exes on past albums, with folklore her writing feels more reflective and like she can finally look back fondly at her previous relationships, instead of pointing the blame.

Ending the album with “Hoax,” we have another piano laced ballad that wraps up folklore. While the record is nothing like Swift has released before, we hope this new direction last longer than just one album, though reinvention with Swift has become a regular occurrence. If Swift’s music ever felt like a passing fad, on folklore this belief completely washes away. She is finally everyone’s artist, welcoming everyone into her musical fold.

Watch the music video for “Cardigan” below.