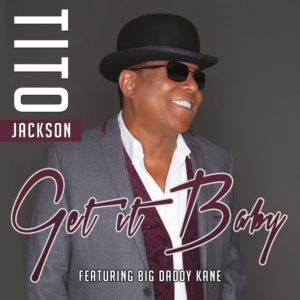 Tito Jackson, former member of The Jackson 5, has released his new solo single “Get It Baby” featuring Big Daddy Kane. The track is currently #19 on the Billboard Charts and will be appear on Jackson’s upcoming album Tito Time, set for release on November 4th on his imprint Play It Right Music. Take a listen to the track here.