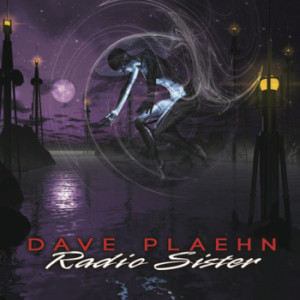 The new album from musician Dave Plaehn titled Radio Sister is a catchy blend of disco, rock, blues, and jazz. Born and raised in Iowa, Dave was immersed heavily in music from a young age as both of his parents were musically gifted and introduced him to artists such as Sarah Vaughn and Mario Lanza, a 1940’s opera singer, as his father had a singing voice similar to Lanza’s. As a senior in high school, Plaehn began discovering the sounds of the blues genre and as a result, he performed in several cover bands while in college in Madison, Wisconsin. After graduating from college, he began to focus on music full time, which resulted in his first record called Smokin’ (1981.) He has since released various EP’s under his own name and with various projects.

Radio Sister begins with “I Want Love” a silky jazz inspired song that sounds like a culmination of all of his varied musical inspirations. Plaehn’s easygoing and fluid voice really makes the record stand on its own. The inclusion of background vocalists gives the song an older feel, which may attract an older crowd. The album’s next track is titled “Comin’ To You” and as soon as the metronome kicks off with the smoky bass line, Dave’s silky voice is the tune’s main highlight as everything flows together nicely. While the track once again brings in various influences throughout, this song is perfect for music fans that enjoy smooth jazz as it has enough funk to be interesting, but it’s not so busy that it becomes hard to tell where the music is going.

“Give Me Lovin’” is a saucy tune that features a laidback beat and a vibrant guitar part that brings out the bright feeling of the track. While the song features back up vocalists as the previous cuts did, Dave exudes confidence throughout that illustrates that he is a wonderfully talented vocalist. Radio Sister ends with “Stranger Blues”, which features Dave playing the harmonica, an instrument that he picked up while in college. While he is no John Popper, his skills on the instrument are good enough to demonstrate the dozy feeling of the track.

Radio Sister is a wonderful record that an older demographic can enjoy as they will appreciate many of Plaehn’s older influences as it may possibly take them back to their younger years, allowing them to reminisce for the entire duration of the record.