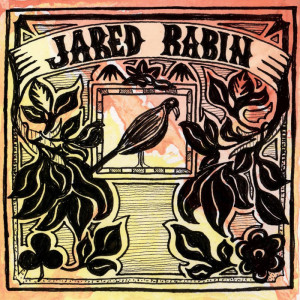 Jared Rabin, a longtime musician from Chicago has released his first solo album Something Left To Say, after years of touring and sharing the stage with such legendary acts as The Rolling Stones and Umphrey’s McGee. Getting his start as a fiddle player after his grandfather introduced him to the instrument, Rabin is well schooled in what it means to be a musician, and his latest work certainly reflects this, with Something Left To Say being a record that is highly enjoyable from start to finish. Opening the album is the title track, a country influenced song that introduces his audience to Jared and his varied tastes and influences, with a smoky voice that gives the music a breezy edge. With a strong opening number, we feel confident that Rabin won’t be letting his audience down and he definitely keeps his promise throughout the recording.

“Not Heart Broken” is a rock-country tune that has a slight bounce to it while intertwining genres to create a song that feels wholesome and tasteful. The appearance of a steel pedal guitar adds a pretty quality to the track while giving it a true country feel. With tunes this good, we sincerely hope that Jared gets another chance to share the stage with more well known musicians at a later date, as his music deserves to be heard by as many people as possible.

Lastly, “Ride The Wheel”, the records fantastic closing track is a rock influenced song that abandons Something Left To Say’s country stylings and brings an energetic edge to the LP. With great guitar riffs that show off Jared’s guitar abilities, and passionate but mellow singing, Jared Rabin has crafted a wonderful album that moves any mountains that independent artists think they have in front of them, as Jared proves that you don’t have to be signed by a major record label to be able to rock hard.

Stream Something Left To Say below.