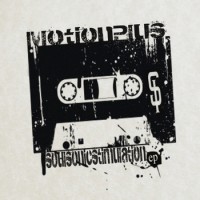 Motion Plus’ latest album Soul Sonic Stimulation is an honest and passionate Hip-hop record that will resonate with rap fans as well as fans of other genres. His decent rhymes and fusion of typical Hip-hop staples—drum machines, thumping bass, and piano and strings—round out his sound. With a lyrical wit akin to Eminem but a style more mellow along the lines of Nas, these rhymes flow effortlessly, further dispelling the old notion that white guys can’t rap.

Though Motion Plus writes honest lyrics, often dealing with his difficult life experiences—including being born to a teenage mother and losing his grandmother who raised him at an early age—there is no tough exterior to his music. And while deep and difficult, Motion Plus avoids the senselessly violent and misogynistic lyrics that too frequently seep into a lot of Hip-hop and rap.

Aside from the album’s intro, the first song “Sol Seeker” has various samples, combined with piano and guitar tracks, which bring an instrumentally original side to this album. This instrumental incorporation makes Soul Sonic Stimulation more appealing to the average music fan, while breaking up the often monotonous beats heard in a lot of electronic-based music. Tracks like “My Experience” offer an autobiographical portrait of Motion Plus’s upbringing in Quincy, Illinois. The lyrics deal with his love of Hip-hop and living in a poor environment, but are quick to point out that this is his experience and he wouldn’t change it for the world.

A refreshing thing about Motion Plus and Soul Sonic Stimulation is that he deals with tough topics without resorting to lyrical violence. Tough life experiences are presented without blaming anyone or harboring resentment.

Motion Plus is a talented emcee who will win many new fans with his honest and true-to-life songwriting. You can purchase Soul Sonic Stimulation on Bandcamp.com.