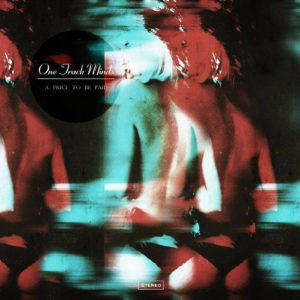 Norwegian psychedelic-rock act One Track Minds released their debut record A Price to Be Paid earlier this month, and while the record has some promising moments, there are things the band should improve upon. Formed in 2015 and based in the city of Trondheim, a hub for the Norwegian music scene that has a track record for breaking fresh and exciting bands, One Track Minds is one that has potential, but could fix a few things along their path to success.

Sounding similar to up and coming American rock band Big Jesus, A Price to Be Paid opens with the records title track, and its homemade feel doesn’t paint the group in a positive light, as the song sounds sloppily recorded. With muddy guitar riffs and almost inaudible vocals, it becomes difficult at times to pinpoint where One Track Minds lie with their strengths. Instead, the song highlights their weaknesses, leaving their audience evenly divided on whether you enjoy their music or not.

“Desolate Soul” comes in at the halfway point on A Price to Be Paid, and its darker feel plays up the noise rock angle the band has chosen to take on. With influences like David Bowie, Jesus and Mary Chain, The Velvet Underground, and others, “Desolate Soul” makes the audience feel like the group are bringing them back in time a bit, and while One Track Minds demonstrates talent and plenty of skill from guitarist Jon Reier Sylte, everything still ends up sounding very bland.

However, there is one bright spot on the record and that is the acoustic pleaser “Joanna,” a wispy tune that gets us away from the muddiness of the groups music, and provides another avenue for them to explore, which they end up doing well. Calming with a hint of eeriness, “Joanna” makes itself untouchable as it demonstrates the bands strong songwriting skills when they strip down and go acoustic.

“Closer,” the closing number, is a repeat of all we’ve heard before, leaving listeners not wanting to hear any future material, unless the band were to change direction. Armed with good ideas, A Price to Be Paid is a step for One Track Minds to find success within their local scene and the large noise-rock scene elsewhere. There is plenty of work to do in refining their sound, something that they should think about for their next record.

Listen to “Joanna” below.