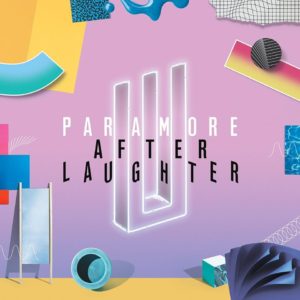 When listening to all of Paramore’s five albums, listeners will notice a shift. Releasing their debut All We Know Is Falling in 2005, the album consisted of tight pop punk tracks from five Nashville, Tennessee teenagers who received praise for being a young band that sounded far ahead of their time. The five-piece would go on to release several hard-hitting records that would catapult them to the top of the rock and roll ladder, allowing fans to grow up with them as they matured from their teens into their 20’s. With two lineup changes since 2010, Paramore as a band has changed dramatically. With the absence of brothers Josh and Zac Farro from the group’s 2013 LP Paramore, fans saw guitarist Taylor York, vocalist Hayley Williams, and bassist Jeremy Davis rise to the occasion as a trio. Releasing the darkest LP of their career, the pop gem “Ain’t It Fun” earned the trio their first Grammy and plenty of accolades for forging a new direction.

After Davis excited the group last year, the band became a duo, and once again their sound developed and changed. With Zac Farro rejoining them behind the drum kid for their latest record After Laughter, the band has turned into an 80’s pop band, channeling more of Taylor York’s interesting influences, as they did on Paramore. Opening with “Hard Times,” fans get their first taste of this new path. With a funky bassline from producer Justin Mendel-Johnson, and snappy drums from Farro, the song surprisingly works out well, despite that plenty of bands today are putting their own spin on the once outdated genre.

“Rose-Colored Boy” brings Williams front and center. While her band’s sound may have changed, her voice has not and fans will be pleased to hear that her vocals still carry the same distinctiveness as they did in the mid-2000’s. Projecting raw talent is something that Williams has always done well, and York and Farro are following close behind.

Half way through After Laughter, we hear the groovy “Fake Happy,” a tune about hiding one’s feelings on top of York synth piano skills, an ability he has perfected well on this record. Well the song doesn’t stand out much among the other 12 tracks, it has little reminders of the bands previously heavy sound. While After Laughter may be a temporary musical experiment, there is no doubt that Paramore can switch between both and remain confident.

“Caught in The Middle” is a colorful, but often boring track, giving off the impression that it was placed on the album’s track list to fill up space. Ending with “Tell Me How” Paramore introduces a piano, which finally breaks away from the 80’s mold displayed all throughout the record. On past LP’s, piano heavy songs from Paramore have always managed to highlight Williams vocals and “Tell Me How” is no different. While After Laughter is perhaps the lightest album (at least musically, anyway) that Paramore have dropped to date, every song on the record works together, and while the new sound may not last beyond this LP, as Paramore continue to evolve, their music will continue to get people turning heads their way.