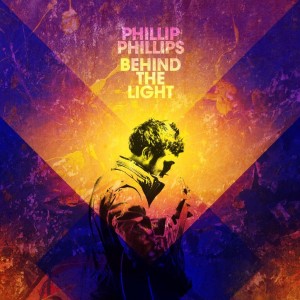 Phillip Phillips is a great musician. While his stint on the 11th season of American Idol is several years behind him, his second album Behind The Light shows that Phillips still has the chops and the talent to still be relevant even when his former competitors have long grown stale. Behind The Light is the perfect pop album to showcase Phillips and his rough, but sultry voice. While past Idol competitors have pumped out pop albums that do not always represent who the vocalist wants to become as a performer, Phillip Phillips is writing the music that he wants to create, and his music makes him the rare exception when it comes to winning a singing competition. While Phillip did win on Idol, it would be several years after his first album The World From The Side of the Moon released in 2012, that Phillips would again make an appearance.

Phillips was born in Albany, Georgia and picked up the guitar at age fourteen. In 2009, he formed the Phillip Phillips Band, while also auditioning for America’s Got Talent, but did not make it to the finals. In 2012, he auditioned for American Idol singing “Superstition” by Stevie Wonder, and would eventually win the competition. Winning should be called the “Idol curse”, as you are almost always doomed to rocket into oblivion if you win (with the exception of 2002 winner Kelly Clarkson.) Fortunately, that did not happen to Phillips. Releasing a more mature album this time around, Phillips has still included the folk inspired sound of his first hit single “Home”, but this time we hear more of a rock influenced pop album which brings Phillips career back to the forefront. Searchlight’s opening track of the same name includes all of the genres that made his music so likeable on Moon. On the track, we hear hand claps and foot stomping, something that has been present on a lot of hit songs lately, along with a delicate acoustic guitar that provides a gorgeous melody, while being topped off with Chad Kroeger like vocals that provide enough huskiness to convey the emotion that Phillip wants to get across.

“Open Your Eyes” is a catchy track that provides listeners with all of the elements that make Phillips so successful, strong vocals and guitar playing skills that really drive the song to perfection. Making the guitar a driving force in the song, Phillips makes sure the sound surrounds the listener entirely, letting people hear all of the instruments on the track. The strings add a nice emotional angle as we feel Phillips becoming emotionally entangled with the tune and its lyrics. “Unpack Your Heart” reminds fans of “Home”, the gem on the crooner’s first album, as the song opens with a simple but beautiful melody that lets listeners know that Phillips has got “it”, in terms of talent. The song has a certain quality that makes Phillips and his music feel like its untouchable. In other words, the twenty-three year old knows how to write music that is catchy while also being moving and memorable.

The album’s latest track “Midnight Sun” has the same general feeling and sound as the rest of the album. While each song can stand on its own and (and has no problem doing so) as a whole the album feels like it is slightly formulaic and that Phillips isn’t interested in change. Phillip Phillips knows his formula and his fan base; though he still has plenty of room to grow to make sure his longevity is not compromised.