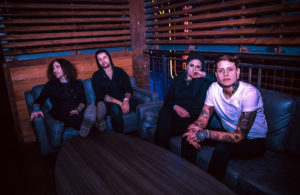 Philadelphia band PHNTMS has dropped their new single “Towers,” which you can listen to below. While the band is still relatively new to the music scene, the band shared the stage with Kings of Leon, Bastille, and The 1975. With half of the band identifying as queer, the group hopes to reach the LGTBQ community through their songs. They will be releasing their six-track self-titled EP soon.