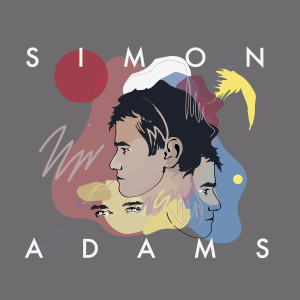 Simon Adams, a British musician living in South Korea has released his self titled EP, where Adams treats his audience to a great EP that is full of acoustic songs that draw on his world travels and life experiences. Simon has spent much of his time traveling the world, first settling in Indonesia where he began teaching children. He eventually met his wife who is Korean, which prompted his eventual move to Seoul, the countries capital. The EP’s first track titled “A Beautiful Way” is heavy on the Coldplay influence, as Simon’s voice sounds very similar to Coldplay’s front man Chris Martin. Its piano and string parts make the song sound beautiful, as Simon’s music reflects on how precious and beautiful life is, and what it would be like if we only took the time to stop and reflect. The thing that stands out the most about Adam’s and his music is that he uses different instruments like strings to make his songs sound complete, while also having reflective and relatable lyrics.

“Our Man” is a stark contrast from “A Beautiful Way.” A song about breaking free from solitude so we can find beauty and joy in the things around us, “Our Man” is a catchy pop song that serves as an upbeat pick-me-up track with Simon’s voice staying strong throughout, and while the EP’s opening track shows he can write more Coldplay style material, “Our Man” takes Simon’s music to a new level, while giving Simon’s tunes several dimensions, while having something that fits every mood and experience. “Born to Change The World” has a slower pace to it, but it doesn’t have the same great quality that “A Beautiful Way” does. On this track the music tends to drag on, and while Simon performs the song well, it doesn’t stand out as being a strong track that will stick in your memory.

The EP’s latest song “Point and Shoot” quickens the pace again as Simon heads back to the bouncy pop tracks he is so good at writing. Changing up the drum beat and placement of the strings makes the song a stand out track. The simple guitar parts compliment the songs simplicity and are great to listen regardless of your mood. Simon’s music deserves to be heard outside of Seoul and Britain, and hopefully Simon will be able to get that chance.