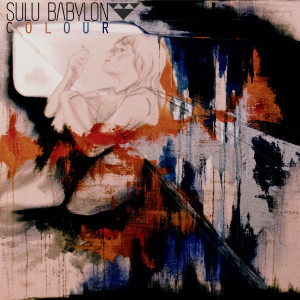 On the Colour EP, East Yorkshire band Sulu Babylon play tight indie rock tunes that are solid in nearly way. The overall sound of the EP is a very simple one, and through their warm delivery, it feels like having a more polished sounding record would sound a tad overdone for this band as they only need their instruments to generate a positive response. The band was formed in 2010 and features Phil Killingsworth on guitar and vocals, Ryan Johnson on drums, and Corey Jones on bass and the band has made a named for themselves coming from the industrial port town of Goole. The band has toured extensively throughout the UK and Europe. The opening track “See It In Colour” is a bright rock tune that has a grainier feel to it and is perfect for the introduction of summer. Sounding much like the Los Angeles band Best Coast in its production quality, with its very bare bones sound and happy attitude, the band excels in showing their musicianship without hiding behind fancy studio techniques, and that’s what makes the group stand out from other bands in the music business. The only negative thing about the song is Phil’s vocals. Having a high vocal range is one thing, and that would be fine, except that there is a sense that he is straining his vocal chords and that he is pushing himself beyond his range. Sounding like he is gasping for air, it ruins the ambiance of the song. When Phil’s vocals are included, the track and its light, carefree sound is no longer appealing.

The EP’s second track “Free” has very much the same feel as “See It In Colour”, except this time we can really hear Phil’s British accent, giving the song a touch of authenticity to the band’s songs, showing he can sing without losing his accent. Unfortunately, we still hear the same problems with the vocals on “Free” which may be a turn off for some listeners. On this tune, the band plays together well, and Phil plays a colorful guitar part that really makes the song stand out as more than just an indie rock tune, since we get to hear Phil’s skills as a fantastic guitarist. This aspect of the track gives Phil a second chance to redeem himself when listeners go to form an opinion about him and his style. Sounding a bit atmospheric in tone, the guitar takes the song to a whole other level, and hints at other inspirations beyond the records overall sound. Songs such as “Liar” give the group a hard hitting edge as the intro is a bit harder and punchier then we have heard previously, and as the band still maintains its summery sound they will not have a hard time gaining fans. The track is probably the heaviest song on the EP and the band plays the role of the energetic rock group very well, as they have the performing chops to go either really heavy or really light on their tunes, and can do so without breaking the flow.

“Save Our Souls” is the last tune on the EP, which opens with a colorful riff with from Phil that really sets up the songs feeling. Still going with a heavy sound, along with the warm tone of Corey’s bass, the band succeeds in writing another tune that represents the bands passion for music. Still having a bit of rock and roll spice to them, it feels unfair to just label Sulu Babylon as just an indie rock group since their latest album show that they can extend beyond that genre and play something different. Sulu Babylon has the potential to not only expand beyond England and Europe, but also to Japan and the United States as well, as their passionate and flavorful tunes will be a hit with fans on both sides of the pond and beyond.