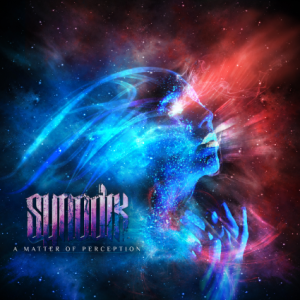 On Synodik’s latest EP A Matter of Perception, we are treated to sixteen minutes of brutal extreme metal that doesn’t let up one bit. All throughout, Perception is bursting with creativity, while also demonstrating the bands explosive energy which their fans won’t be able to forget. Synodik released their first EP Drown In Pain in 2008, and one year later the band began work on their first full length album Sequences of a New Matrix, released in 2012. Now with their signing to American label Imminence Records, the group who hails from Genoa, Italy has released an EP that is set to make them a stand out band in metal.

A Matter of Perception opens with a meditative introduction called “Projections From The Edge” and while its atmospheric vibe may lead listeners to believe that the band is a relaxing one, the EP’s two full songs are anything but. “When The Parallels Fall” is the EP’s next track, and right away the band launches into a brutal attack filled in explosive drums, intricate guitar riffs, and screams from front man Matteo Campanini that round out the bands fiery approach to music. Lastly, “The Perceived Wisdom” closes out Perception, and its sound is even more jarring than its predecessor. While we hear hints of a more melodic approach to metal in Campanini’s vocals, the band stills plays with an intense passion that will shake anyone listening. Introducing a brief and almost eerie piano part into the track gives the song a slightly softer vibe, though as a whole Synodik will never be described as a quiet band.

While the group has chosen to make the last two tracks longer than average by clocking in at over seven minutes, this illustrates the bands creativity perfectly, as we get to see not only that they can write great flowing tunes, but also their love of the metal genre.