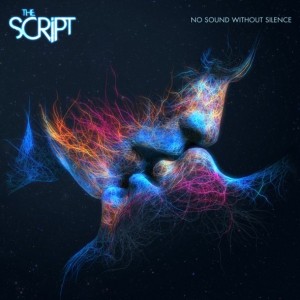 The Script has always been known for writing catchy arena rock songs that people will remember. Throughout their career, the band has also learned how to challenge and push themselves towards creating music that both they and their fans will care about. Hailing from Dublin, Ireland, the group began in 2001 and released their debut album The Script in 2008. Two more albums and several hits later, the band hasn’t expanded their sound all that much, with the exception of their 2012 album #3, which saw the group mingling with more hip hop stylings and a collaboration with Will.i.am on the album’s hit single “Hall of Fame.” While the album was considered a disappointment by critics and fans alike due to its more commercial sound, it showed the band branching out into different territory with the album’s fresh take on rap influences, possibly due to front man Danny Donoghue’s stint as a coach on The Voice UK. Will.i.am also took on the role of being a coach on the show, which most likely helped mold the albums sound as his style is felt throughout.

On the band’s new album No Sound Without Silence, we hear more rousing arena rock that the band loves to play, and while there is certainly some standout moments throughout, there is a sense that that the record was hastily recorded, as most of the tracking was done while the band was touring in support of #3. The opening track “No Good In Goodbye” begins with a biting riff from guitarist Mark Sheehan and the track certainly has a large expansive sound, though it feels like it is missing something. The shimmering piano line, played by lead singer Danny O’Donoghue gives the song an expressive feel, and while the tune is a beautiful one, it feels long and drawn out, going for just one minute to long. “Superheroes” the albums second track and lead single, is by far the album’s biggest strength and will allow fans to reminisce about why they love the band in the first place. When Danny writes a great song it is instantly memorable, and the melody and chorus will not be forgotten any time soon, which is why “Superheroes” ultimately works. Written as a stadium sing along with a stomping beat, it is very easy to visualize The Scripts diehard fans singing along to every word, particularly in their native Ireland where they have had most of their success.

“Man on a Wire” is another memorable track that features beautiful harmonies and a string section that gives the song a touching quality, making the song a compelling one, while making sure that fans will listen until the songs final notes. The last two tracks “Without Those Songs” and “Hail Rain Sunshine” are well played, but they lack the lyrical substance of the albums previous songs and fail to grab the listener, and at times it feels like the lyrics were rushed and written completely spur at the moment, making for an incomplete album closer.

While No Sound Without Silence has some songs and moments that suggest that The Script will still be going strong many years from now, their fourth effort certainly isn’t their best, and hopefully they can keep growing and come out with something different next time around.