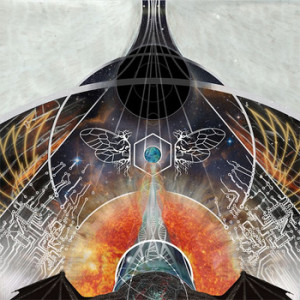 The latest single “Revolt” from Canadian industrial rock band The Unravelling is an edgy and emotional track that was inspired by front man Steve Moore’s difficult period in 2011 as he struggled with a cancer diagnosis. While the band released their debut album 13 Arcane Hymns only a year before Moore’s diagnosis, their comeback with “Revolt” proves that the band is ready to get back to work and start creating. After spending a year going through surgery and recovery, “Revolt” was the first song that Moore’s band mate Gustavo De Beauville sent him following his recuperation, and what we hear is a band that will not back down from making their music as successful as possible. Laced with industrial elements throughout, the band’s sound can be compared to Nine Inch Nails and Tool. The dark and brooding guitar riffs are full of rage, while also feeling very expressive.

Lyrically, Moore has written a song that focuses on finding “inner change” due to his health scare, and his poetic and descriptive lyrics make listeners feel like their gut is being punched, as the band leaves their feelings out in the open, all while touching their audience very deeply.