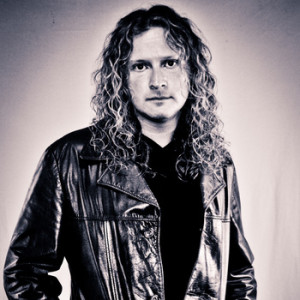 Milford, Connecticut singer-songwriter Mark Daniel has released a record that starts out on the right foot with a lot of punch, though its foundation starts to crack after the first song ends. While the EP titled Repair To New only has four songs, Daniel proves that he has the talent and the musical abilities to take him far, though he may want to work on the flow of his writing before releasing new tunes. Over the last twelve years, Daniel has had plenty of time to practice honing his craft, as he has been touring on and off as an opening act for various groups such as Spin Doctors, Vertical Horizon, and The Smithereens. While his influences range from alternative to jazz, Mark does an excellent job at seamlessly blending all of these styles to create an EP that is a passionate and colorful release, as he illustrates his talent as a multi-instrumentalist since he plays every instrument heard on the EP, with the exception of the drums, which he leaves to friend Mickey Curry.

Repair To New begins with “Vacant Beauty” an easygoing rock tune infused with reggae. Daniel’s voice is a bold one, while also enveloping his audience to give them a truly pleasing musical experience. As Daniel wails on his guitar, we feel like he is ready to take his music to the next level and go on larger budget tours to get his music out to the masses.

“The Breakdown”, the EP’s next tune, is another reggae influenced song that feels choppy at certain moments, almost like the ideas weren’t fleshed out enough, though his ambition shines through. “Not The Same” still illustrates disjointed writing, making the records foundation start to crack. While each track has decent bones, by the middle of the EP, the fantastic flow that Vacant Beauty” presented to its audience starts to falter, making Repair To New feel weaker than it wants to be.

Lastly, “Fall Behind” is a ballad that is a bland addition to the release’s more spritely selections. While the song could have a fuller sound to make it more suitable for arenas, the tunes quiet presence softens Repair To New around the edges, making it lose its compelling edge. While the song has a subtle country influence, Mark Daniel still makes sure we know he is a rock musician, by playing light and intricate guitar riffs that demonstrates he has the potential to write great songs.

While Repair To New won’t find its place in everyone’s record collection, it will find a home among fans that are looking for nostalgic 90’s rock bands, as the record is a reflection of what rock and roll used to be, as well as what fans loved about it two decades ago.