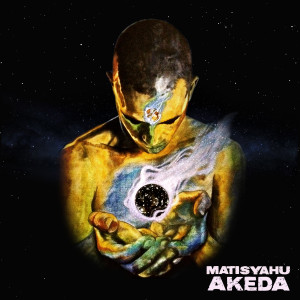 On Matisyahu’s new album Akeda, we see a big change in Matisyahu musically as well as in appearance. Releasing his third album Youth in 2006, his hit “King Without A Crown” became a huge hit, and made Matisyahu a musical sensation. While his reggae style music was appealing, his appearance was also intriguing. Matisyahu, whose name is Matthew Miller was a Hasidic Jew, who took on his Hebrew name Matisyahu which translates into “Gift of God”. He was brought up as a Reconstructionist Jew in upstate New York, with his faith being largely absent in his life. That would all change at age eighteen when he took a two month trip to Israel through the Alexander Muss High School in Hod Hasharon, Israel where trip participants could explore various aspects of their faith. After dropping out of high school and taking a trip to Oregon, Matisyahu not only became more interested in his religion but also in music. By this time, he would spend hours writing and practicing songs with the aid of hip hop tracks. A short time later, he became a member of the Chabad-Lubavitch Hasidic movement, one of Judaism’s strictest and most religious Hasidic movements. Since releasing his albums Shake Off the Dust…Arise (2006), Live At Stubbs (2005),Youth (2006), Light (2009), Live At Stubbs vol. 2 (2011), and Spark Seeker in 2012, Matisyahu has shed his beard, and long black coat and hat, which was influenced by immersing himself in other Jewish movements. While Matisyahu has shed his Hasidic garb, he still maintains that he is still spiritually Jewish.

While Matisyahu’s music has always centered around being deeply spiritual and religious, on Akeda, which means “binding of Isaac”, we hear more dancehall and pure reggae music on this record, while still interspersing many Jewish elements that made Matisyahu so interesting. On the opening track “Reservoir”, the song opens up with a quiet piano, and then kicks off with Matisyahu rapping while letting a guitar wail, which may symbolize letting down the walls that he most likely felt confined by. The records second track “Broken Car” is a shimmering tune that combines elements of pop and reggae, to convey the feeling of feeling broken and empty. While the song isn’t as catchy as some of Matisyahu’s older songs, the song is able to let the listener escape and become completely involved in the songs sound and message. The next track “Surrender,” has the same ambiance that “Broken Car” does, and while some fans might appreciate Matisyahu and his new newfound direction, songs like “Surrender” which mimics the sound and feel of Akeda’s past songs, makes for a boring album unless you are more interested in the spiritual side of his music. While he had a secular audience before, now it feels like he could reach even more people, since he has opened himself to not only groups within his own religion, but other people who aren’t part of the Jewish faith.

“Hard Way” shows off Matisyahu’s vocal ability, and while he a lot of talent on the singing front, the music feels rushed, and it sounds like not enough time was taken to make sure every track stands out. While the new direction in his music is different than previous records, every song sounds like a clone of all of the tracks that came before it, which doesn’t make for a great album. “Akeda” the album’s title track, as well as its last, is a spacey atmospheric tune that details the story of the binding of Isaac, always known as God asking Abraham to sacrifice his son in the Old Testament. Never losing his beliefs, Matisyahu is still successful at sharing his faith through his music with Jewish fans as well as his secular ones, though when it comes to creating music that is memorable on Akeda, it doesn’t end up working to well.