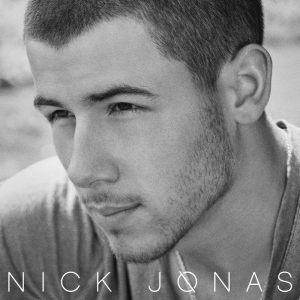 When The Jonas Brothers made the announcement on Good Morning America last year that they were disbanding, fans were certainly devastated, but what they weren’t expecting was the dramatic change that Nick Jonas, the youngest of the brothers, would go through by the time he turned twenty-two. While fans had some familiarity with Nick going solo before (he released Nicholas Jonas at the age of twelve in 2005, and an album with his blues inspired band Nick Jonas and the Administration called Who I Am in 2010), this new self-titled release is a more adult and sexy departure from Nick’s past solo records and the music he wrote with his brothers. His latest effort sounds confident, artistic, and sexy, and the record is guaranteed to catch you off guard, especially for the young women who swooned over a sixteen year old Nick during his Disney Channel days with his brothers.

The album’s opening song and first single “Chains”, is the first taste of adult pop music from Jonas, and its catchy Justin Timberlake inspired sound, screams “I’m an artist” while making a statement that he has found himself, as he has finally crawled out from behind the facade of being a clean cut role model. While the track is one of the only songs that Jonas did not write for the record, he performs it as if he wrote every word. “Jealous” the albums second song, is written about Olivia Culpo, Nick’s girlfriend of nearly a year. While the song’s subject matter of becoming jealous when you discover another guy staring at your girlfriend may sound slightly juvenile, the positive aspect of the song is that Nick uses his voice to the fullest, as he belts a chorus that is one of the catchiest hooks we have heard in awhile.

“Warning” takes on a slower tempo, and is a reminder that while Jonas certainly had developed some bad vocal habits during his decade performing with the Jonas Brothers, on “Warning”, he sings beautifully, making the track stand out among the albums eleven songs. While the tune still sticks with a Timberlake style sound, it feels like “Warning” was recorded specifically to show how far Nick has come vocally, showing any skeptics that he really can sing. “Wilderness” is the album’s next track and the more upbeat and jazzy song is a flavorful tune that will be ingrained in your head long after Nick Jonas is over. The subtle piano line gives the song a bit of sizzle, which is a welcome change, especially since this album could be thought of as an experimental album for Jonas, as he has struggled to find a sound that truly worked for him in all of the years that he has been performing.

“Avalanche” is a catchy track that features Nick’s longtime friend and current radio hit maker Demi Lovato. While Demi is not that great of a singer, when she sings alongside Nick it ends up working out well for both of them. While both vocalists take solos throughout, the end result of them singing together makes for a pleasurable listen and ends up being one of the highlights of the album. Lastly, the records closing tune “Nothing Would Be Better” focuses on Nick and what his family has been through in the past year, possibly alluding to the Jonas Brothers breaking up professionally. While Nick has been clear from the start that the track had made him slightly uncomfortable due to discussing sensitive issues, “Nothing…” sounds expressive and not angry. While all three brothers still remain close, it may provide some insight as to what really went down with the family band, as the family remained very tightlipped about their issues.

Nick Jonas has come a long way in his ten years with the Jonas Brothers and as a solo artist. While Nick is still a young performer, Nick Jonas proves that he has plenty of room to grow, while still finding out not only what he wants, but what his fans want as well.

If you would like to purchase Nick Jonas, you can do so on iTunes.