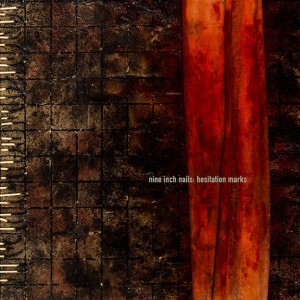 In 1989 Trent Reznor, keyboard player and vocalist, for Exotic Birds formed his own project out of a desire to create music on his own. The result of this project became a one man industrial rock band Nine Inch Nails, of which Trent is the bands only constant member. That same year, Reznor went on to release Pretty Hate Machine, an album which would put industrial music on the map and would introduce music fans to an entirely new music style. Since then, Nine Inch Nails has gone on to release seven more albums, with all of them doing well. Now with the release of his latest album Hesitation Marks, Reznor has decided to bring Nine Inch Nails back to life after deciding that “Nine Inch Nails needed to go away for awhile.” While the album won’t appeal to mainstream fans, those who are already a fan of Nine Inch Nails and industrial music will love it.

“Copy of A”, the album’s lead single, is suited for a sweaty dance club with its pulsing beat and gritty sound, and if the song is meant to convert newcomers to Reznor or his music, it fails to do so. Reznor’s dark and haunting voice is not for everyone, but it fits with the vibe of Nine Inch Nails and Reznor’s computerized sound. “Come Back Haunted” starts out as a harsh wave of sound and stays that way throughout the song. The lyrics to the tune seem to be a bit recycled compared to the darker lyrics of past songs by Reznor. “Come Back…” isn’t very imaginative and the song gives the impression that Rezor is writing songs just for the sake of writing them. Tunes such as “Everything” and “All Time Low” present a slightly funkier and rock and roll side of Reznor, which breaks up the monotony that is often heard on the record. In both songs he spreads his wings to experiment with different genres and emotions throughout both songs to paint more of a diverse picture of where Nine Inch Nails could go next. Nine Inch Nails is currently on tour in support of Hesitation Marks.