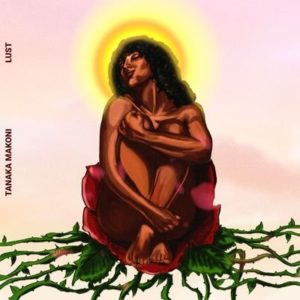 Tanaka Makoni is London’s answer to Beyonce. She is still fresh onto the scene, but she has taken huge leaps over the last few years, and her new release “Lust” proves her versatility as an up and coming R’n’B name.

“Lust‘” gets underway with a subtle yet energetic intro. The melody line which shines out is massive. At first, it sounded similar to a sound that’s been heard before. But, having delved deeper into the history of the track, it appears it is genuinely unique and not a sample from a previous record. Listeners will relish how Tanaka has created a sound which is piercing, nostalgic yet truly original to herself. Accompanying the vocal in the intro, is a beat which sounds empowering, sounding like something produced on a Roland 909 drum machine.

In the verse, Tanaka truly blossoms with her vocals shouting out with genuine charisma. She sings with a poignant factor which is challenging to recreate. Victoria sings about her true feelings, and she never minces her words with her witty and intelligent lyricism driving the track, as she sings soothingly. As a result, it is so easy to gravitate towards a calming place with her delivery providing much likeability.

The chorus does not pick up the pace and not a lot of changes from the verse section, but the melody line adopts a new style, and it echoes out infectiously. Another characteristic of the track that stands out is how how the energy flows out of the chorus without anything massively flamboyant happening.

Overall, it is a track which deserves the attention it is getting. You can take a listen to “Lust” below.