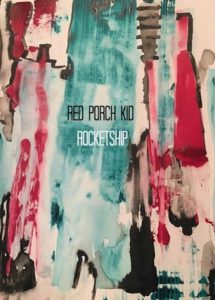 Performing under the moniker Red Porch Kid, Nashville producer Michael Stovall has released a brilliantly crafted album titled Rocketship. Mixed and mastered in his apartment, Stovall has written some beautiful light pop tunes while interspersing dreampop elements throughout the LP. Opening with the track “Intro,” Stovall sets up the record well, as he illustrates through his music exactly what to expect. There aren’t any surprises on the album, though the music still leaves us satisfied.

On “Waitin’ on Something” we get a taste of Stovall’s vocal ability, with his woozy vocals going together with the music, as “Waitin’…” is a sleepy-eyed song that delights and moves the listener. Everything about it works, and as his fans wonder if this track is anything like the rest of Rocket Ship, they are in for a treat.

“Song for Lana” is a gorgeous trancelike song that brings the record full circle in tone and sound. Providing listeners with an ambient feel throughout, we can’t help but drift off and become lost in the tracks rich feel. “Hangin’ Around” brings a mainstream pop vibe to the record, and while it gets away from the sleepy tones of previous tunes, its perhaps the best song on Rocketship, as Stovall treats us to his wispy vocals that once again carry us away to somewhere otherworldly, which is the feeling that good music should provide.

“Lonely Ride” which serves as a bonus track and the records closing number, we experience more of Stovall’s great guitar playing, and as we enter his mind once again, we realize just how great of a lyricist he is and how much we don’t want his latest effort to end. As his music sticks with us, we hope that he ends up releasing more fantastic tunes as he his next release can’t come soon enough.

Listen to “Waitin’ On Something” below.